The next Superdraw has been announced and will take place on September 25, 2020 with a starting jackpot of €130M!

The EuroMillions Lottery produces Europe's most impressive lotto jackpots and from time to time throughout the year guarantees massive nine-figure jackpots with a EuroMillions Superdraw.

Sometimes referred to as a Super Jackpot in the UK and a Megadraw in Ireland, Superdraws are played in the same way as the regular twice-weekly EuroMillions lottery game.

The only difference being the size of the jackpot, which starts at €130 million.

You can join in by participating in this lottery by purchasing tickets online with theLotter and play from anywhere!

How to play EuroMillions Superdraw

To play the EuroMillions Superdraw, you must select five numbers from a pool of 50, as well as two additional numbers called the “Lucky Stars” which are chosen from a different pool of 12 numbers.

The additional number allows lottery players to win additional prizes and is essential to complete the jackpot winning numbers selection.

EuroMillions Superdraw offers lotto fans a chance to take home the top jackpot prize for matching all the numbers drawn or any of the 12 amazing secondary prizes.

Play the next EuroMillions Superdraw 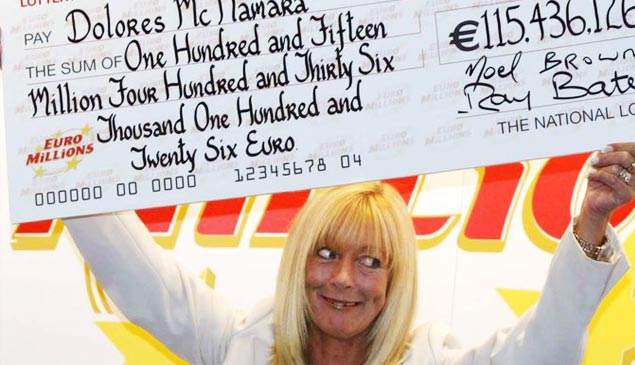 Can I play EuroMillions Superdraw from anywhere?

Yes! While EuroMillions is the top lottery from the participating countries when you play EuroMillions with the World Lottery Site and theLotter an official ticket will be purchased on your behalf.

Once your ticket is purchased, it will be scanned and you will be able to view your ticket online and through the app, in time for the draw on Tuesday or Friday.

If you're a winner, prizes will be deposited straight into your account after results are published. Big jackpots may need to be collected in person, but we're sure that won't be a problem!

Buy Tickets for the EuroMillions Superdraw